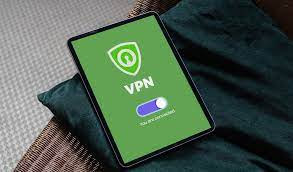 What is the name of the Norton Secure VPN software or application according to the operating system?

What happen if my device runs on Android ?

You can continue to use their current version of the app. However, the app will not be able to be upgraded to the new version if the operating system is on Android 6 and 7.

If the app is uninstalled, your device will not be able to reinstall it, as the app will not be available on the Google Play Store for this version of the OS.

Will my computer or phone slow down after I install Norton Secure VPN?

Consumption is ignored. All applications use battery power, depending on usage patterns.

If my phone/computer has Norton Secure VPN installed, will it still be able to connect to my IP camera at home, given that my IP address is hidden?

Yes. Norton Secure VPN only masks the IP addresses of the devices it protects.

No - because the device's IP address will be hidden

Some websites, such as Facebook and YouTube, will verify a user's identity with a security code or question when they detect a user logging in from another country. As long as the user can answer the question correctly, he will be able to login as usual.

Which Norton Secure VPN server should I choose?

If speed is your main concern, then we recommend using a local server or allow Norton Secure VPN to choose it automatically.

Norton Secure VPN appears to provide lower server coverage and runs fewer servers compared to other service providers, so does that have any implications for connectivity or stability?

While some providers cover more countries and run more servers, the practical needs of users vary. For example not many need to use South African IP servers.

How many servers does Norton Secure VPN use?