Ford bronco - Detroit Free Press even named this car the best SUV of 2022. This car is even called "fresh air and innovation in the SUV world". The Ford Bronco was chosen because according to the Detroit Free Press, the Bronco combines "old-fashioned" styling with lots of modern features. 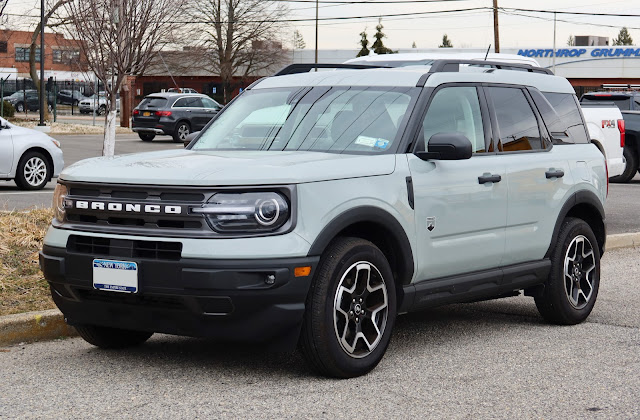 The result is the best off-road capability with the best on-road comfort. In addition, this car is also supported by better steering response and advanced electronic assistance for rock crawling.

What Are the Specific Features of the Ford Bronco?

The Bronco also comes in two-door or four-door options. Two doors are still the most popular choice today. Because, with two doors, the shorter body style is easier to maneuver than four doors. However, if you don't go off-road, it makes almost no difference if you choose two or four doors.

Another competitor – Ford with the Ford Bronco is actually targeting Jeep Wrangler buyers who like off-road as well as lovers of Land Rover cars. In the Detroit Free Press event, the second best SUV is the Hyundai Ioniq 5. This electric car has the advantage of a large electric battery, namely an 800 volt (or 350kW) battery by utilizing fast charging capabilities. Hyundai says this means the Ioniq 5 can charge up to 80% in about 18 minutes.

Lastly, the Jeep Grand Wagoneer luxury SUV is in third place. This luxury SUV starts at $57,995, offers three rows of seats and plenty of space for passengers, plus a variety of advanced technologies that complement the comfort of this car's passengers.